The window of worktime settings can be opened by pressing the "Settings" button located in the upper part of the "Working time" tab. 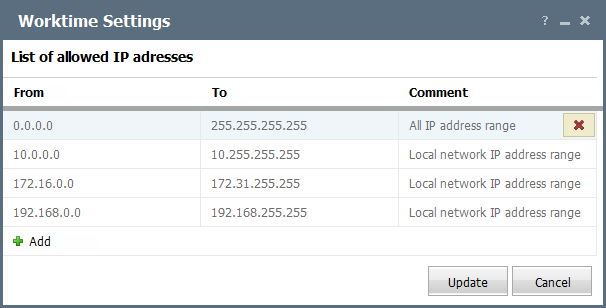 The range of working IP addresses is represented as a table containing the following fields:

Initially, there are several ranges specified in the table. In order to delete one, you should press the

button that appears if you put the mouse cursor over the entry. To add a new range, you should press the

Add button. In empty fields that appear, you should specify a new range and press the "Update" button.